Popcorn ceilings were popular in the 80s and 90s.  The coating on the ceiling was designed to keep the owner from having to keep painting it.  However, because of the spaces, however, dirt and dust kept building up in the ceiling.  Plus, some of the earlier ceilings were coated with a product that included asbestos.  The asbestos was fine once dried, but if it began flaking off due to moisture, it then became hazardous.  The air would begin carrying fibers and the fibers could be breathed in by the occupants.  These fibers in the lungs could cause disease. Removing your popcorn ceiling could benefit in more than one way. 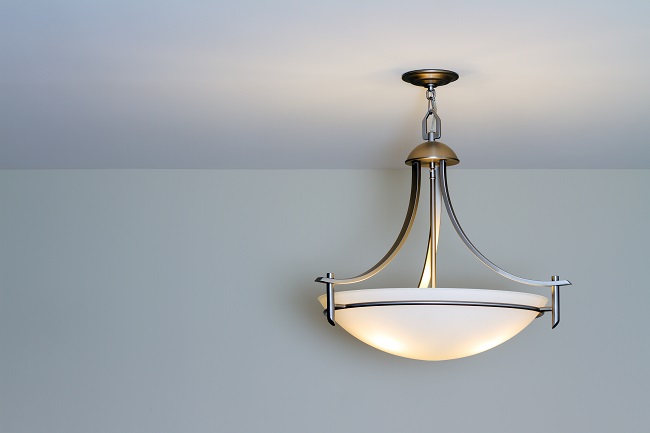 The other issue with the ceilings is after they start becoming dusty, residents decided to paint them to keep the dust from settling on the ceiling surface.  While this could help and make the ceiling easier to clean, it makes it difficult to remove.  The paint keeps liquid from penetrating the ceiling which is needed to remove the popcorn material.  If you have paint on the ceiling, you will need to coat the ceiling with a chemical stripper to allow water to reach the popcorn surface.

Once the prep work is done, you then need to coat the ceiling with a light concentration of water and dishwashing detergent.  Once an area is soaked, the popcorn should begin to scrape off.  There are special tools designed to ease the scraping of this material, but it still can take a long time for one person to do.  You will find that you need to repeat the soaking and waiting for the popcorn material to become wet to remove the complete ceiling.

After the popcorn is gone, you will need to sand and refinish the ceiling.  It is important not to gouge holes in the walls or ceilings as you remove the material.  Professional removers have equipment that enables them to do this job safely and in a timely manner.  Often, this is the best route to perform a one-time removal of a popcorn ceiling.

To find out more about the removal process, contact us.

Liberty USA Painting is recognized and known to be your premier painting company. Our number one priority is to offer you the best service and quality workmanship in efforts to assist with your painting needs. We look at each client's project uniquely and help propose ideas in order to accomplish your goals.

As a local interior painting and exterior painting company in Southlake, we believe that if we get the opportunity to paint your home once we will earn your business again. Liberty USA Painting takes an individual approach to every project, addressing the unique needs of each job and each customer. Learn More

We are a full service painting company that services the Dallas/Fort Worth area.